The realtors in the Asbury Park area really should have their own reality show similar to Bravo’s “Million Dollar Listing.”

If they did, one of the stars of the show would be 26 year-old Sammy Boyd Jr. – the Number One producing realtor at the John C. Conover Agency and the Number Two realtor overall in our TMZ (three-mile zone), selling more than $7 million worth of residential properties in 2009. 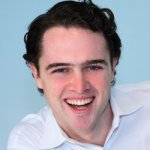 Alfredo Fresnedo of Century 21 Coastal in Ocean Grove was the Number One producing realtor in the area with sales in excess of $12 million, according to data submitted independently from area offices.

“Sammy is fortunate to possess what I consider to be the trifecta of desirable real estate attributes,” said Greg Demaras, broker, Conover Agency.  “He is intelligent, thoughtful and perpetually optimistic.  It is a winning combo that is sure to fuel his continued success.”

While many realtors decline to work with rentals because of the time investment and smaller revenue compared to sales, representing renters and rental properties was a major contributor to Sammy’s success last year.

“As the market shifted a few years ago, rental property owners called me to rent their properties instead of sell them,” said Sammy, a realtor for four years.  “Then, over time, we put the properties on the market to sell again which were a big part of my sales last year.”

Sammy feels working within many sectors of the real estate industry – residential, rentals, commercial – has helped him achieve such success so quickly.

“The best realtors listen to their customer’s intentions,” said Sammy.  “Working with all different types of people with diverse goals gives me the ability to represent my clients strategically in any situation.”

What a difference three years makes – that is when Sammy actually made his first sale, representing Asbury Park resident Pat Fasano in the sale of a condo in the Ocean Arms development on Fourth Avenue.

“I was working for what seemed like such a long time and I thought a sale was never going to happen,” said Sammy.  “(Realtor) Jay Bernstein told me to ‘relax’ and ‘hold on’ and the next day, a Sunday, I got my first contract.”

In addition to Jay and Greg Demaras, Sammy credits his family – his dad is also a realtor at the Conover Agency – for their inspiration.

“My late grandfather always stressed strategy, my mother raised me to be organized and my dad always recommended immediate action and taught me the keys to closing a deal,” said Sammy.  “Wrap that all together and I am what you get.”

When he is not closing deals or working his incessantly buzzing Blackberry, Sammy likes to ski, play poker, play his guitar in the band “So Watt” and go to rock concerts.  He has been to more than 100 concerts – and says his was “Metallica…front row.”

He also says he is a “downtown (Asbury Park) guy,” rather than the Boardwalk, and his favorite building in town is the former power plant by the Carousel Building.

But really, for me, the most pressing question of the day after his record sales year was something I had wanted to ask him or his father for years: What is the secret to that famous Boyd Family mane of hair?  Come on, the genome needs to be packaged and infomercialed ASAP by George Hamilton

“Keep it simple,” said Sammy, laughing.  “Let it be and it will be fine naturally.”

Sounds like a great plan for real estate sales in 2010, too.

Next week at TheBPlot.com: Sammy answers silly questions, revealing his alter ego Ditsy Galore, where he would like to see Tiger Woods live in Asbury Park and more.

Like Loading...
← “IT’S NOT YOU, IT’S THE MONTH:” DUMPED – JANUARY IS “NATIONAL BREAK UP MONTH” “THE POPE” COMES TO ASBURY PARK: NEW RESTAURANT NEWS →