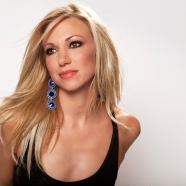 Some people are rock stars inside and out. 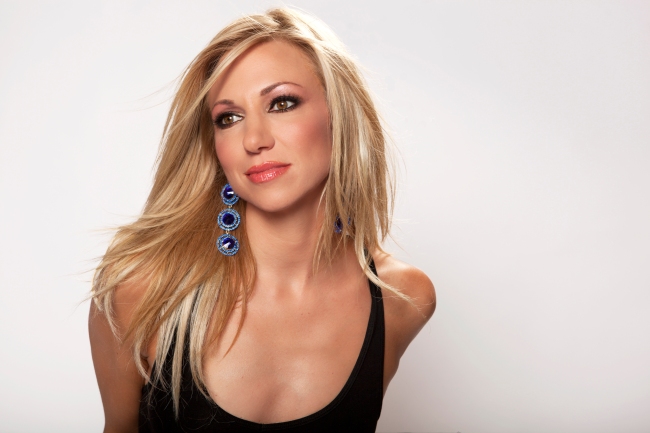 The gorgeous and genuinely wonderful Debbie Gibson is one of those talents – with a decades-long career to show for it.

Debbie called me last week from the Miami set of “Rock of Ages,” starring Tom Cruise and Alec Baldwin.  She was in-between concert dates on her almost sold-out tour with Tiffany this summer which hits Asbury Park (only area performance) next Sunday, July 31.  She told me about a fantastic surprise she has for three of her local same-sex couple fans.

TBP:  “Shake Your Love” always makes me smile and you have been singing it for decades.  How do you keep the music fresh and interesting for yourself?

Debbie:  I love doing the “oldies” and as of late I have made it a point to change up the phrasing… break up the lines differently.  I also play with arrangements but with an awareness that the fans still want to hear the basic elements of the originals.

TBP:  What advice do you have for singers like Adele and your friend Katy Perry on having a strong career like you?

Debbie:  They are both fab!  I don’t think they need my advice but, if I had to, Adele goes on pure rawness and instinct.  That can catch up to you and eventually you have to have some traditional technique mixed in there for the long haul.  She can sing me under the table so I am not insinuating anything.

I just have many friends who have that same amazing raw gift and eventually they find that to sustain, they need other training. Maybe Adele has had that training but she talks as if she just gets out there and does it.  On the flipside, I can learn a thing or two from her free spirit.

Katy has it all going on.  She is a pro, a business woman.  My advice to Katy is to be sure to make time for that fab hubby and “real” life.

TBP:  If you were not a super-talented singer, writer and actress, what would you have done as a career?

TBP:  You have been interviewed probably almost one million times.  Is there a question you have always wanted to be asked?

Debbie:  For a fun question, “favorite alias when traveling.”  I recently headlined Pride in Minneapolis and was registered under “Minnie Yapolis.”  Sounds like a Greek cartoon character.

TBP:  You rocked the Gay Pride festival here a few years ago.  What are your thoughts about the recent same sex marriage legislation passing in your home state of New York?  It is still not legal here in New Jersey.

Debbie:  Oh wow… well, I personally don’t care much for the signed piece of paper thing but I am thrilled that, should someone… anyone… want that now they can have that in New York.  Hopefully other states will take the lead too.

I say, come to my show and I will marry you by the church of the Electric Youth.  In fact… yes!  I will pick three couples from the crowd in Asbury Park to come on stage and I will “marry” you to “Lost in Your Eyes”!

TBP:  Oh my God, that is super fabulous!    What else is in store for your fans with you and Tiffany?

Debbie:  She and I trying to out-sing each other on stage nightly.  (laughs)  And, out “shoe” each other. The girl has got a great set of pipes and a great wardrobe!

“Journey Through the 80’s Tour” with Debbie Gibson and Tiffany at the Paramount Theatre, Asbury Park, July 31 at 8 pm.  Tickets (it is almost sold out, seriously) at Ticketmaster.com.  DebbieGibson.com has more Debbie.

In Part 2 of The Coaster and TheBPlot’s exclusive interview with Gibson, she reveals the question she never wants to be asked again and more – click here.

INTERVIEW MADE EASIER WITH THE SAMSUNG GALAXY TAB 10.1