It’s been a busy time for Andy Mizrahi, 29, of Ocean Township.  He was named one of People Magazine’s “Sexiest Men Alive” next to David Beckham, touted as the most “swiped right” man in New Jersey on the dating app Tinder, and featured last month on FOX’s reboot of “Love Connection” hosted by Andy Cohen. 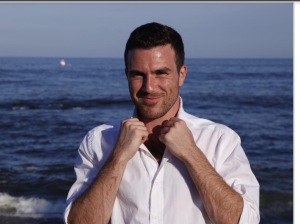 If you’ve seen one of Mizrahi’s interviews, you might think he’s polarizing.  But that’s a quality that makes Millennials stars on reality television and social media – the Kardashians could care less if you like them, they are thrilled that you have an awareness of them.

Underneath Mizrahi’s passionate summations of life, work, women, and dating is a smart, sweet man who’s making the most of his time in the spotlight as the “Digital Dating Guy.”

It all started with an iPhone and a photo in November 2015.

“The first time I used Tinder was with my friends just joking around,” said Mizrahi.  “Then, I invested time in setting up a good profile on the app.  As the app became a cultural phenomenon I was already set up and it exploded from there.” 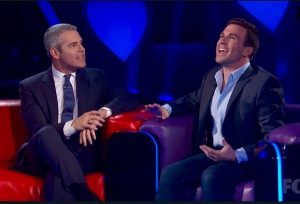 “Two of the girls I met were awful, then I got catfished twice and I learned the hard way about photo filters,” said Mizrahi.  “After that, it started really working out.”

Mizrahi’s advises singles seeking something online to confirm profiles are connected to the same person’s social media accounts and examine the photos.  He credits the quality of his photos as one part of getting all his recent attention.

“Are you sold on the person’s look in multiple photos?” said Mizrahi.  “A quick FaceTime conversation will confirm a date’s personality is worth pursuing.  Put up a red flag if the person won’t FaceTime.  It’s a crappy feeling to invest all the time getting ready for a date and then it crash in the first 30 seconds.”

To avoid catfishing scams, Mizrahi suggests reviewing the timeline of a person’s social media posts.  You should see a catalog of the person’s life over an extended period, rather than a burst of content posted in one week.  For all the single ladies, he recommends apps like Bumble that empower women and lessen the potential creep factor.

“Technology creates opportunity – it widens the net – but there still is the chance to meet someone on Cookman Avenue,” said Mizrahi.  “You just have to be receptive.  When you are open to talking, an unexpected spark may take you somewhere great.”

Despite his wave of amorous attention, Mizrahi is still looking for that special girl.  On “Love Connection” he chose $10,000 over a second date, to cheers and jeers from the studio audience while amplifying his viral buzz.

“I believe I willed this all to happen and it came true. The past year has been mind-blowing,” said Mizrahi.  “Now, I’m envisioning meeting the right girl, a brunette who likes music – especially classic rock – and is well-traveled.  You would not believe how many women I’ve met who’ve never left their hometown area.  Also, I’d like someone I can sit and talk with for hours.  Sometimes I feel like I’m asking for too much with that last one.”

Yep, even the Digital Dating Guy agrees the internet has chipped away at the art of face-to-face conversation.